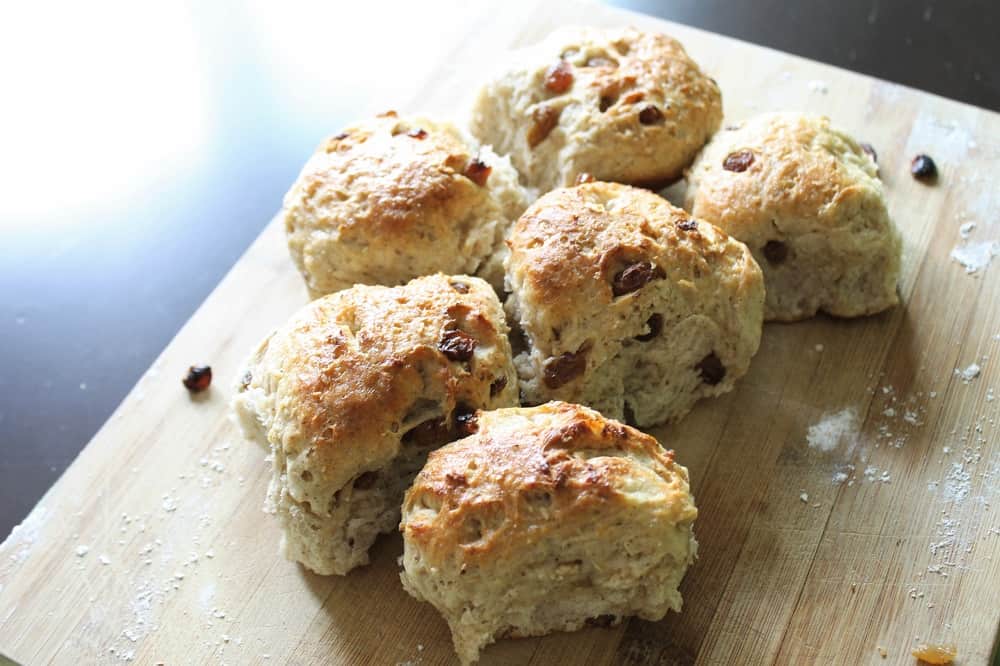 I stumbled across this recipe a few weeks ago and it immediately caught my attention. Honey, cinnamon, raisins and oatmeal. In a roll? Challenge accepted. I spruced things up a little by adding flax seed for more nutrients and by doubling the amount of cinnamon (no such thing as too much). I also reduced the baking heat for maximum fluffiness. I no longer consume honey, so I replaced it with maple syrup. There are worse things in life.

Did I mention they are super easy to make and don’t require many ingredients? That being said, just be ready to knead. Plan a total of approximately four hours to make the rolls: it took me 20 minutes to knead the dough, 2 hours for it to rise, another 20 minutes of kneading and shaping the rolls, another 1-hour rise and 15 minutes of baking.

They. Are. Worth. Every. Minute.

They are so soft and moist and chewy and yummy and fluffy and soft and… you get the point. The maple-syrup glaze gives them the perfect hint of sweetness and they’re loaded with raisins. 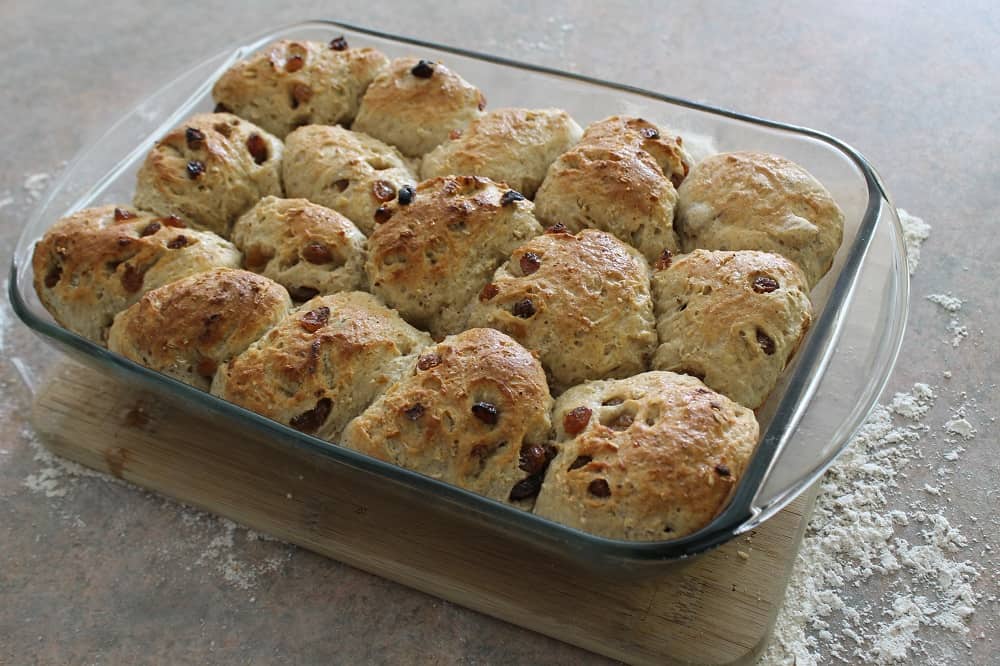 I wasn’t working today and was alone at home. I thought long and hard about it, and decided to stay in my PJs. Then, I decided to do some baking. Before getting started, every epic journey needs a soundtrack, so I put on some Half Moon Run. Their Dark Eyes album has been my latest craze.Seriously, I’ve been listening to it twice a day for the past month. I’d describe it as Radiohead-ish. *It’s December 2016 now and I still listen to them as much as when I wrote this post <3

I recently realized that making bread is way simpler than people think. Cheaper and healthier too. I’ve tried three recipes so far: these breakfast rolls, Ricardo’s homestyle bread, and a delicious multigrain loaf. All three were well worth the effort. Needless to say, nothing beats the smell of fresh bread baking in the oven to greet your loved ones after a long day at work or school.

With the speakers on high, I laid out all my ingredients and got ready to bake my breakfast rolls, as well as two multigrain loaves that only require 10 minutes of kneading. They’re chock-full of sunflower and pumpkin seeds, and boy are they divine when toasted. I’ve made it a habit of dividing one recipe into two loaves and freezing one. It’s perfect for two people, but if you have kids or glutton roommates, you don’t have to worry about them going stale… they won’t last a day. I urge you to try them! 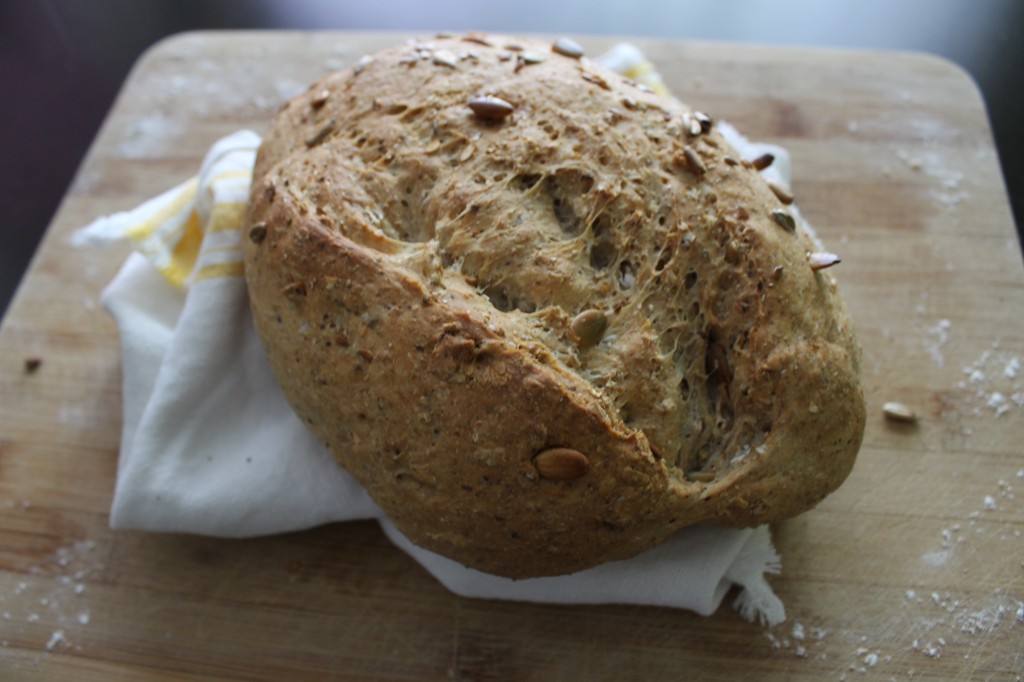 As for the rolls, they’re obviously best served warm, on their own or with butter. One recipe makes 16 rolls. I recommend making the most of your kneading by preparing a double-batch and freezing half. They’ll still taste great! Simply unthaw them and warm up in the oven at low temperature.

You could make them the day before a brunch and reheat them before serving. Oh, and don’t forget to store them at room temperature in an airtight container.  Bon appétit! 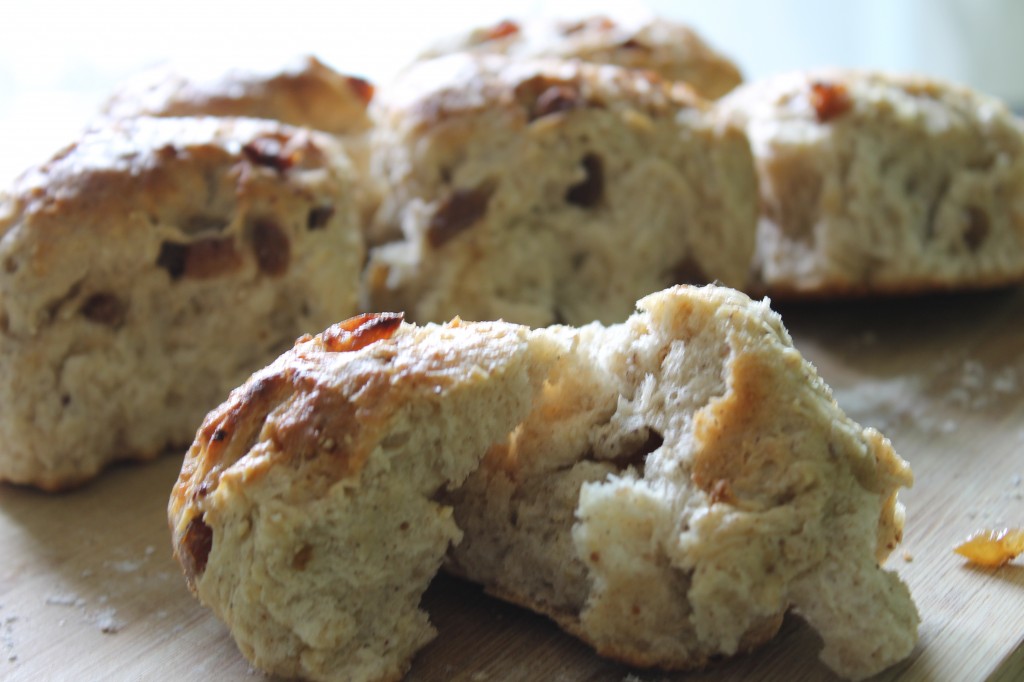 Here’s what you’ll need for the maple-glazed raisin-oatmeal breakfast rolls (I’ve really got to find a shorter name…).

*** Below is the “by-hand recipe”. If you are lucky enough to own a stand mixer, check out Averie’s instructions. 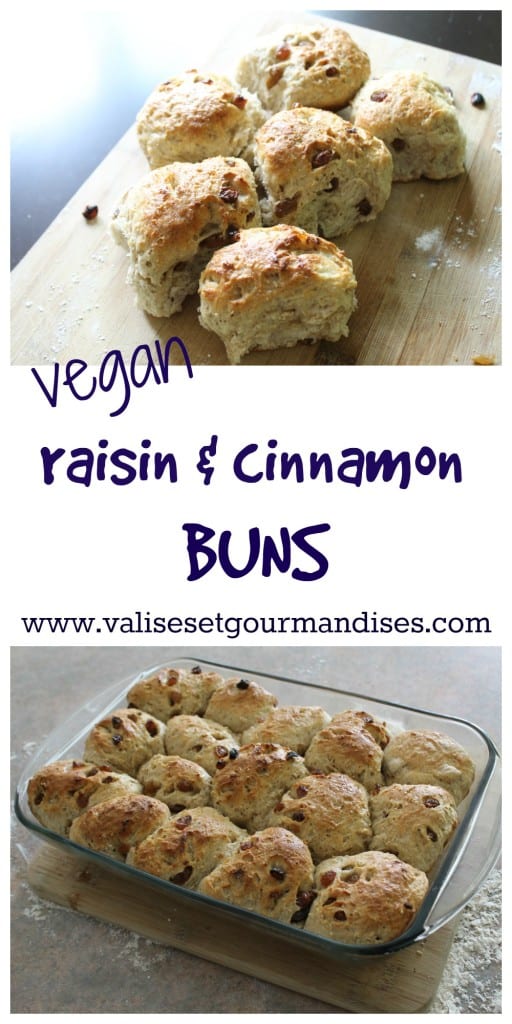 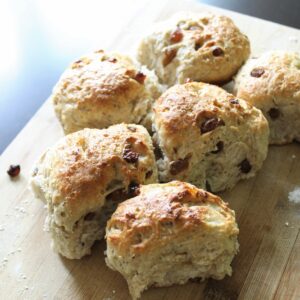 Store them at room temperature in an airtight container. You can also freeze them for up to three months. Simply unthaw and warm up in the oven before serving.
Tried this Recipe? Tag me Today!Mention @Valises_et_Gourmandises or tag #ValGourmandises!
Previous Post: « Eggless Banana PB Muffins
Next Post: Versailles: a Glimpse into French Royalty »